What a technician needs to know about the various effects on the engine management system and how to correctly carry out a diagnosis and identify the results when the FPR becomes faulty. 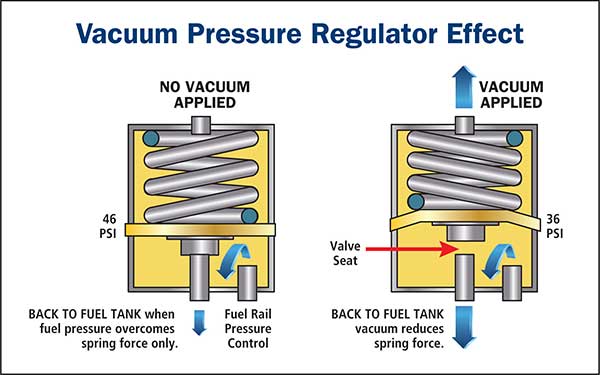 Generally, when a typical FPR fails, the result will generally create a: 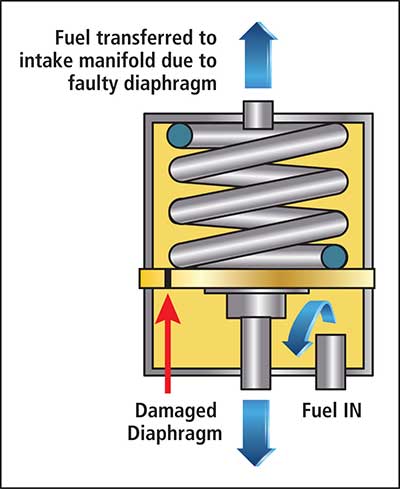 Simple tests to be carried out to assist in determining if the FPR is causing incorrect mixtures.

When a diagnostic procedure is to be carried out on a vehicle that has performance issues, the technician needs to determine the correct cause/s to eliminate continuous parts replacement due to inconclusive diagnosis.

Typical fuel mixture related fault codes that can be problematic in the engine performance diagnostic process are typically (P0171 and P0174). Both codes relate to lean running / fuel mixture conditions for Bank 1 (P0171) and Bank 2 (P0174).

There are of course multiple causes for these codes and the technician requires a systematic approach to determining the cause.

Typically, the symptoms that the vehicle would exhibit are:

Typical tests to be carried out to assist the technician:

Correct fuel pressure and flow must be verified prior to carrying out further tests. Only after these fuel tests have been confirmed as being correct, would the other tests need be carried out.

There are of course many other possible causes for these codes that would require further testing. A typical scanner screen indicating an intermittent rich mixture and displaying the short trim reading of -17. (That is reducing the fuel by 17% at this point to try to maintain a correct fuel mixture). The simple oxygen sensor test also indicates a high voltage / rich mixture (807 mV).

This vehicle was fitted with an FPR with a perforated diaphragm that caused the intermittent richer than normal mixture. Removing the vacuum hose from the FPR generally quickly presents the technician with the evidence of fuel.

The ST trim reading varies depending on the amount of fuel that escapes past the FPR diaphragm.