What a Technician needs to know when working on or diagnosing faults on a Variable Valve Timing (VVT) system.

The variable valve timing system is now commonly fitted by most vehicle manufacturers to advance and retard the camshaft in relation to the crankshaft position within the cylinder.

A typical advanced system is the Toyota VVTL-i with continuous cam-phasing VVT and 2 stage variable valve lift plus valve opening duration applied to both intake and exhaust valves.

The BMW (VVT) Vanos system (Variable Nockenwellen Steuerung) at lower engine speeds, opens the valves later during the intake stroke. This increases the vacuum and scavenging effect which improves idle quality and acceleration from a stationary condition. As the engine RPM increases, the valves are opened earlier to enhance Torque. 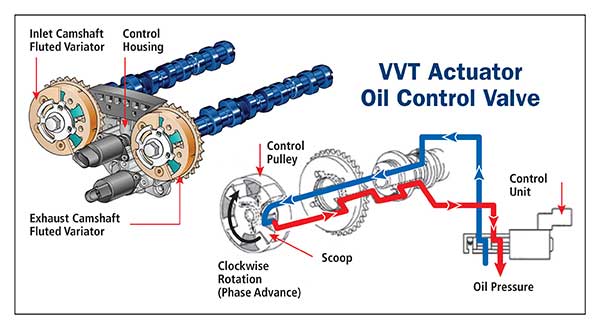 n the E46 3-series, the Double-Vanos shifts the intake and exhaust camshaft within a range of 40° and 25° respectively.

How does the VVT actuator oil control valve affect the VVT system?

The VVT system generally utilizes oil pressure as the internal force for the actuator to change the Camshaft phasing. The flow control of the oil pressure is performed by the VVT actuator control valve that is operated by a pulse width modulated signal from the PCM. The control valve integrates a solenoid and spool valve that allows engine oil to be directed to various paths. 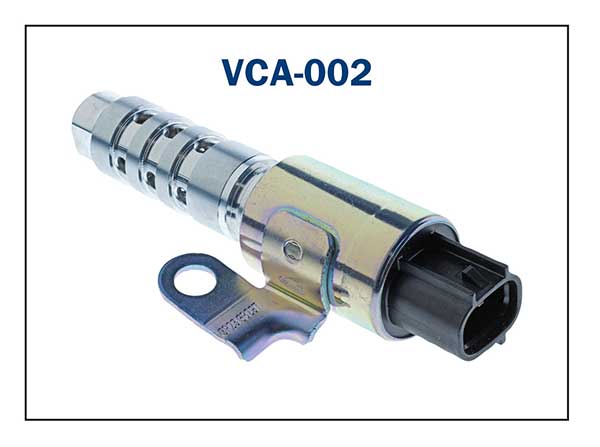 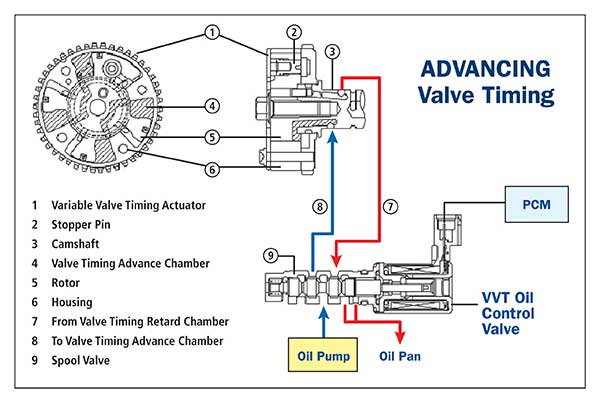 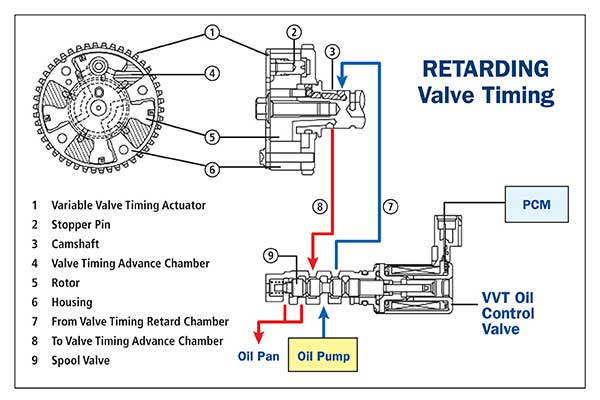 Typical VVT faults and causes that affect its operation.

Being a mechanical/hydraulic system that is controlled by electronics, there are a few areas of concern if the system is not maintained correctly.

Oil service schedules need to be adhered to as delaying service intervals is the main factor for VVT failure due to oil contamination and mechanical wear.

If the oil control valve is suspected of being faulty, checking the electrical resistance of the coil windings is a simple task.

On car testing of the VVT.

Utilizing a suitable scanner and a suitable oscilloscope. Checking Camshaft and Crankshaft position sensor signals as well as PWM signals can assist the Technician with VVT operational diagnosis.