What technicians need to know about Variable Intake Manifolds and Intake Control Valves on today’s vehicles.

These systems utilize an ECU controlled means of altering the intake manifold passage lengths that the intake air must pass through prior to entering the cylinder head.

These manifolds may be: - 2 stage paths

This has the advantage of maximizing volumetric efficiency through the entire RPM range.

A typical 2 stage manifold torque curve indicates the increased effect during both paths.

The transfer in path lengths is carried out by actuators. These may be either vacuum-operated or electrical. 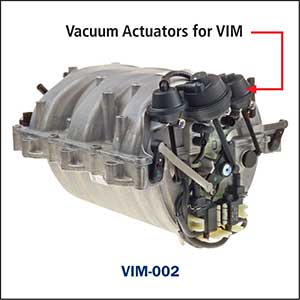 Note: Accurate system testing is essential as the manifold removal procedure is comprehensive.

Other features on this manifold system.

Air flaps (Tumble flaps) are located on the intake manifold to assist in the air/ fuel mixing process at lower Engine RPM. 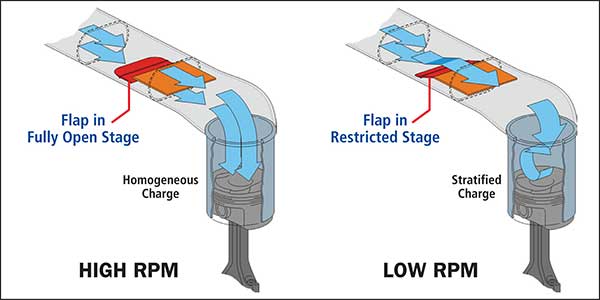 Note: The VIM-002 is a commonly renewed unit due to the damage to the flap operating pivot lever caused by hot engine oil leaking on the lever resulting in the eventual breakage. Any oil leak on the leaver should be rectified to prevent premature lever damage.

Various functions of an ICV.

The BMW “DISA” valve (roughly translated from German to “Differentiated Intake) is an ICV located on the intake manifold that is utilized by many BMW models to intermittently block of and divert internal airflow (pressure wave) through the resonance tubes prior to entering the cylinders during low RPM conditions. 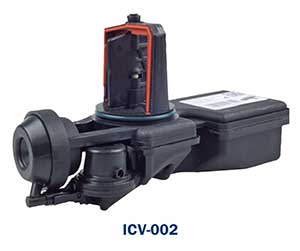 This results in the longer airflow path for engine speed conditions generally below 3750 RPM. 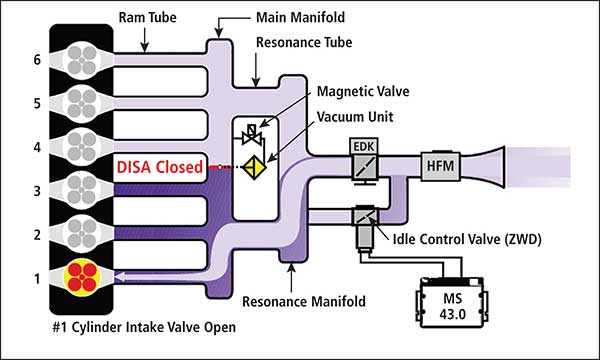 During engine speeds of over 3750 RPM the DISA valve opens and allows the “pressure wave” intake air to shorten its path to increase airflow to the cylinders. 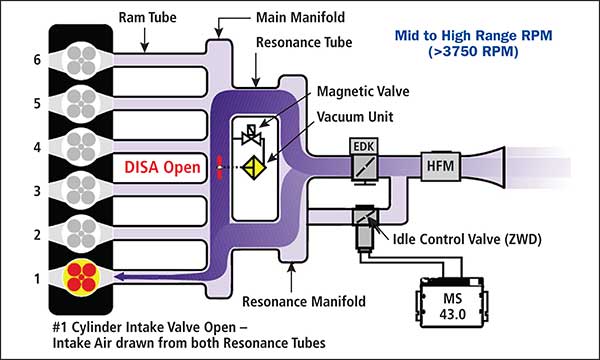 This valve has the potential to fail in a few ways.

Other types of ICV valves

ICV-005 Intake Control Valve is an electric drive module utilized to operate the swirl flaps on a Diesel engine when required. 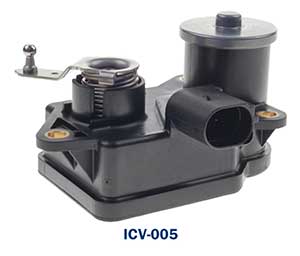 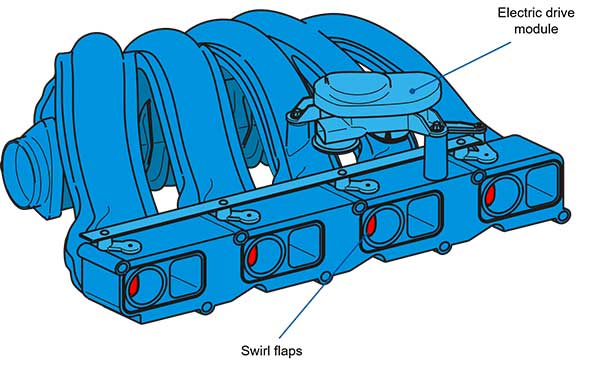